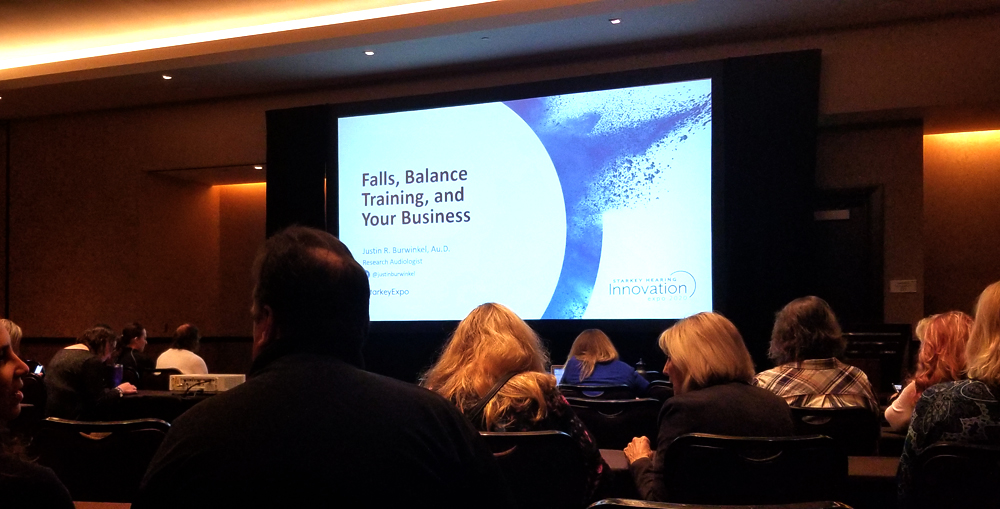 Numerous studies have shown there’s a connection between changes in hearing and the prevalence of balance problems, including falls. Many of us have felt or witnessed the pain that a fall can cause. Broken hips do not lie!

Several years ago, my colleagues and I began thinking about how to address the falls problem. We were by no means alone; many tech companies and researchers have been active in this area. The push-button emergency response system has certainly been around for as long as I can remember, but what we hoped to do was something radical.

We wanted to create a hearing aid that could also help with balance. Many great inventions are as logical as they are radical, and we felt these would be no exception.

Today, I returned home from the Las Vegas event where we put our latest creation in front of our customers (many of whom are audiologists like me). The feedback that I received after each of my presentations was incredible!

Going into the event, I knew that our latest creation was building on the success of the automatic fall detection and alerting feature that had already helped to propel my company’s hearing aids to being listed on Time Magazine’s list of 100 Best Inventions for 2019. Nevertheless, I was overjoyed by the enthusiasm people had for our new balance training app.

Here’s a video clip from the initial announcement:

I am employed by Starkey Hearing Technologies, but the views expressed in this article are my own.